It was supposed to run until 18 September, but will now close at 17:00 on 17 September due to the funeral of Queen Elizabeth II. Click here for more details.

A reminder of a hybrid talk, which will take place in person in Oxford, as well as on Zoom. On Wednesday 21 September anthropologist and author Frances Larson will talk about her book Undreamed Shores: The Hidden Heroines of British Anthropology.

“In the opening two decades of the twentieth century, at a time when women were barely recognized at the University of Oxford, five women trained at the Pitt Rivers Museum and became Britain’s first professional female anthropologists. Between them, they did pioneering research in Rapa Nui (Easter Island), Siberia, Egypt, the Solomon Islands, Papua New Guinea, and the pueblos of southwest America. Through their work they challenged the myths that constrained their lives. Yet when they returned to England, they found loss, madness and regret waiting for them.” – PRM website

The talk begins at 18:00 BST and you can register for either the in-person event or an online ticket here.

The speaker for our next OATG talk is Fiona Kerlogue and her subject is Translating textiles: The Indonesian collections of Josef Šrogl.

“Museum collections in Europe contain large numbers of textiles brought back from various parts of Asia by travellers and European overseas residents, who collected them in a variety of circumstances, not often recorded in the museum documentation. Family correspondence held in the Náprstek Museum, [National Museum], Prague, from one such collector, Josef Srogl, who was collecting in the Dutch East Indies between 1895 and 1922, was passed to the museum at the same time as much of his collection, providing insights into the journey through which the textiles passed. Many of the perspectives of the collector, information about the available sources, insights into his criteria for selection and his thoughts about the intended uses for the textiles are revealed.”

This Zoom talk will take place on Thursday 29 September at 18:30 BST. It is free for OATG members and there is a small charge for non-members. You can find more details and register for it here.

The next World Textile Day event is on Saturday 1 October at Saltford near Bristol. Entry to the exhibition and sale is free, but there is a small charge for attendance at the talks – two on sashiko and one on textile trappings.

These events are always very busy, so you are advised to get there early! Full details of the location and facilities, plus a list of vendors can be found here.

On Thursday 6 October we have the long-awaited talk by Maria Wronska-Friend, which was originally scheduled for April 2020. Maria is currently based in Australia, and we are delighted to be welcoming her to Oxford for this in-person talk. Her subject is Kimono and Sarong: Four centuries of Japanese and Indonesian textile connections.

“The exchange of textiles between Japan and Indonesia was initiated probably in the 17th century by the Dutch traders who, until 1868, had a monopoly in the trade with Japan. As the trade goods used to be dispatched from the ports of Java, at times textiles destined for Indonesian markets were sent to Japan where they became highly treasured goods, incorporated into local dress or used in the tea ceremony. At the same time, at least from the beginning of the 19th century, residents of Java highly treasured Japanese katagami fabrics brought to Batavia as a return cargo from Nagasaki.”

The location for this talk, which begins at 18:30 BST, is the Pauling Centre on Banbury Road, Oxford. It is free for OATG members and there is a small charge for non-members. You can find more details and register for it here.

The current exhibition at Lotherton Hall, an Edwardian country house and estate near Leeds, Yorkshire, showcases textiles from Tibet, Bhutan and Nepal. It is a very eclectic mix, ranging from mountaineering gear to a colourful apron on loan from Joss Graham. One of the highlights is a rare woman’s headdress called a pagor, which is made from rolls of cotton, covered in red wool cloth, studded with silver mounted turquoise jewels and smaller turquoise and coral stones. The story of the restoration of this headdress by conservator Karen Horton can be read here

Other highlights include a snow leopard rug, Gurkha clothing and men’s and women’s outfits from Bhutan. Further details about the exhibition can be found on the Museum’s website here

In addition, a special Himalayan Fashion Study Day will be held at Lotherton on 10 September 2018. This will include talks by the conservator as well as the well known author Gina Corrigan. Participant numbers are limited and places can be booked through this link 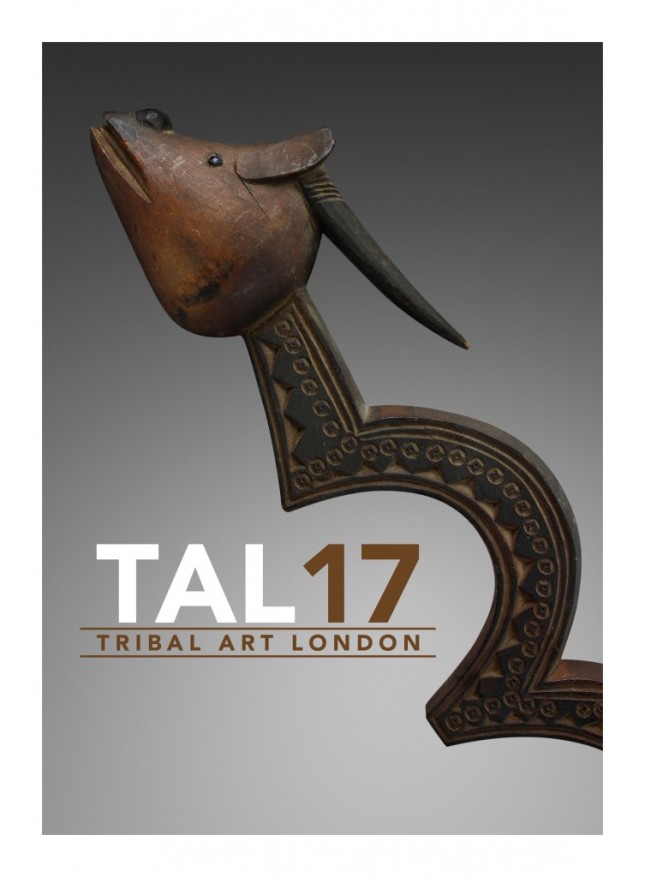 Tribal Art London will mark its tenth year when it opens to the public on 6 September 2017 at the Mall Galleries, London.  Indigenous and tribal art and artefacts, no longer the preserve of museum curators and ethnographers, have emerged as an important element of today’s art market.  In 2007, London gallerist Bryan Reeves brought together several like-minded dealers from the international tribal art scene to create the UK’s first-ever specialist event in this field.  It has grown significantly to become a vibrant fair with 23 participants from the UK, Europe, Africa and the USA.

Tribal Art London is a focal point for art collectors, and has made its mark on the international fair circuit by offering an exciting diversity of works for sale, as well as hosting lectures and talks on many subjects relating to indigenous cultures. Tribal Art London 2017 will have a special focus on the art of tattooing and the organisers are pleased to announce that Martin Poole, a leading traditional tattooist and expert in hand-worked body art, will be present at the fair to give demonstrations of this ancient skill. 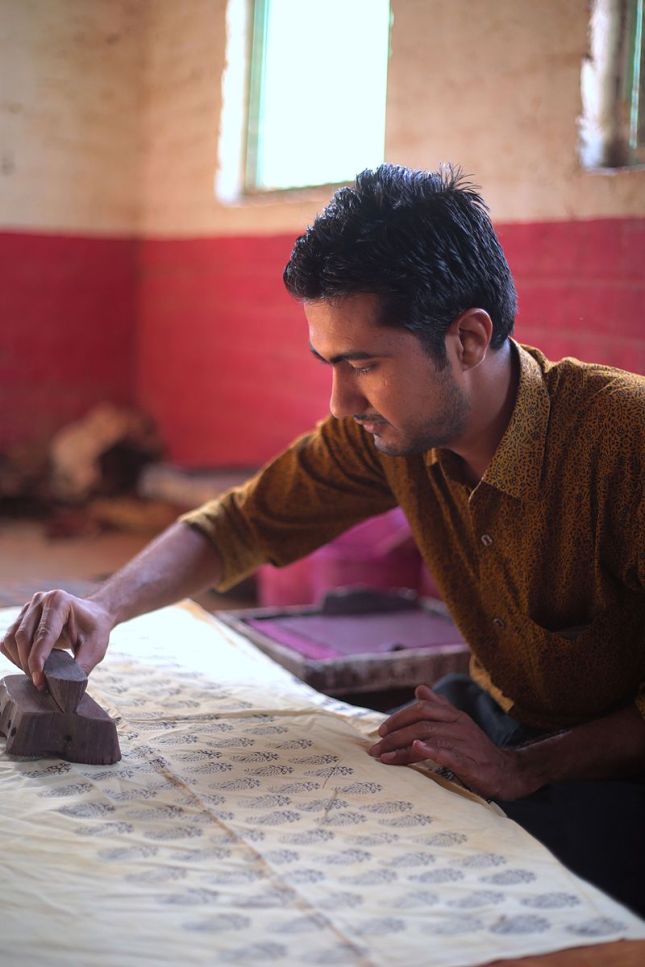 Cost £45 per session. All materials supplied.
Places are limited, so booking is essential. Call or email the gallery to book a place (see details below).

The Banjara are a semi-nomadic people who, prior to the construction of roads and railways, provided long-distance bullock caravans of goods across India. They are known for their vibrant clothing and domestic textiles in shades of rich yellow ochre and red madder decorated by mirrors, embroidery, applique and shells. This event will be presented by the British Museum’s T. Richard Blurton, Head of the South and Southeast Asia Section, and textile gallery owner (and OATG member), Joss Graham.

See Asian Textiles magazine #64 (June 2016) for a review of a new book on the Banjara: Textiles of the Banjara.

Please note that numbers for this event are strictly limited and advanced registration is essential. Places will be allocated on a first-come first-served basis.

For more information, and to register for your place, visit the Eventbrite page.

OATG member Joss Graham will be holding a Christmas celebration at his gallery and shop in London from next week, with a private view next Tuesday evening, 6 December.

Among other art and textile objects available for sale, there will be velvet ikat cushions from Istanbul, recycled sari silk bead necklaces from Delhi, hand-knitted accessories from the Himalayas, as well as textiles from Mexico.

From Peru to the South Pacific, and from Africa to Asia, world art of all periods, from the ancient to the contemporary, is unveiled at this exciting and unique art event. Tribal Art London is the UK’s only art fair devoted exclusively to selling fine and original purpose works of art, from twenty-two international specialists in non-Western art. Works range from dance masks to metalwork, textiles to tribal adornment, early photography to contemporary paintings, and at prices from under £100 to over £20,000.

This year, again, OATG member Joss Graham will be present, and selling a stunning range of textiles and jewellery.

Admission is free, and there will be two lectures every day, on a variety of subjects.

OATG member Joss Graham will launch his summer exhibition in London this month, on Banjara embroidery from India, in association with Charllotte Kwon and Tim McLaughlin, founders of Maiwa Handprints and authors of the book Textiles of the Banjara.

There are a couple of dates to note in particular related to this exhibition:

Saturday 21 May, 2–5pm – seminar and special viewing. Charllotte and Tim will give a presentation of their work over the last twelve years, researching and reviving the traditional embroidery of the Banjara in India.

Tuesday 24 May, 6–9pm – private view and book signing. Charllotte and Tim will be present to sign copies of their book, Textiles of the Banjara.

The exhibition will be held at the Joss Graham Gallery, 10 Eccleston Street, London, SW1W 9LT.

Now in its sixth year, the London Antique Rug and Textile Art Fair (LARTA) will once again take place at The Showroom, Penfold St, London NW8. The collectors’ preview and opening reception for invited guests will be on 14 April 2016, from 6pm–10pm. Please contact LARTA for a complimentary invitation.

The fair’s objective remains to present rare and beautiful antique rugs, carpets and textiles to discerning collectors, decorators and a wider general audience interested in the woven arts and design. Visitors to LARTA 2016 will have the opportunity to source items originating from Anatolia, the Caucasus, Persia, Central Asia, India and China, as well as from Europe and Africa, and from all periods up to the early twentieth century.

This year, the exhibitor list will be as strong as ever. As well as regular exhibitors (including OATG member Joss Graham), LARTA are delighted to announce four exciting new exhibitors: Molly Hogg Antique Textiles from London, Heritage Rugs from Bristol, Hakiemie Rugs from London and Tribal Rugs Gallery from Essex. The broad range of specialisms of the dealers ensures that LARTA 2016 will once again be a truly high quality and eclectic event. Expect to see rare collectors’ items alongside beautiful decorative items in a bazaar-like atmosphere.

Joss Graham’s autumn exhibition is dedicated to the magnificent textile traditions of Kutch, Western India. Featuring folk embroideries, appliqué and beadwork, festive wall hangings, tie-dyed silk shawls and block-printed cottons, it promises to be a feast of colour and craftsmanship.

The exhibition will be held at the Joss Graham Gallery, 10 Eccleston Street, London, SW1W 9LT

For more information, visit the website of the Joss Graham Gallery, London.