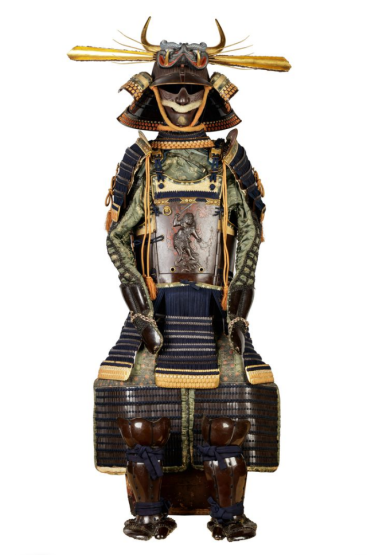 The Art Gallery of South Australia has recently reopened its doors to the public. Later this month will herald the opening of an exhibition showcasing the warrior culture of the Japanese Samurai. “From the austerity of lacquer and tea bowls to the opulence of golden screens and armour, this exhibition demonstrates how the ethos and tastes of the Samurai (a military elite whose name means ‘one who serves’) permeated every aspect of Japanese art and culture from the thirteenth to the nineteenth centuries.” – AGSA website. 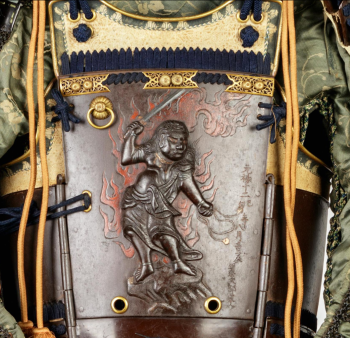 This set of armour is sure to be one of the highlights of the Samurai exhibition, which runs from 24 July. It dates to 1699 and is made from iron, copper, gold leaf, wood, silk, cotton, leather and animal fur. The date can be ascribed so precisely as it is written on the inscription on this wonderful breastplate. 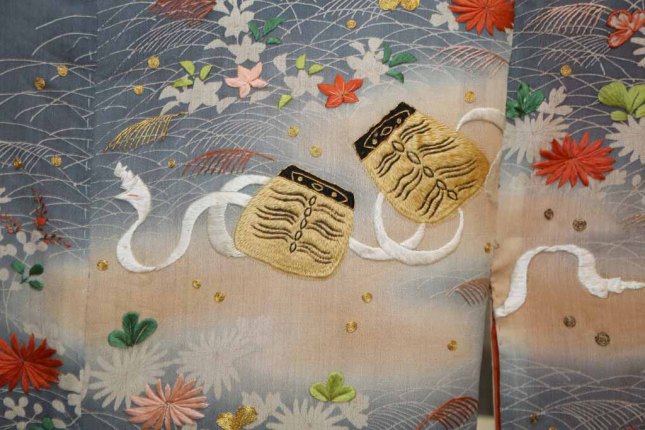 The German Textile Museum in Krefeld is unique in Europe for its collection of Japanese garments from the Edo period, decorated in the style known as ‘komon’. These 18th and 19th century garments, for both men and women, were purchased in the last decade by the city of Krefeld and given by various donors, and some are being shown to the public in this exhibition for the very first time.

The garments are characterised by small, very fine patterns, created using stencils (katagami) and rice-paste resist dyeing. The katagami templates consist of layers of mulberry paper. These very small, complex patterns are known as komon, and these so-called Edo komon patterns are considered the artistic peak of this stencil-dyeing technique in Japan. The small scale, with the entire surface of the textile being covered in tiny motifs, means that the tiny dots and other shapes – such as ovals and squares – can only be perceived by the human eye upon close inspection. The German Textile Museum shows a wide selection of different pattern variations in the exhibition.

Komon patterns were formerly reserved as decorative elements for the Samurai alone. Samurai families had their own pattern, which was not allowed to be used by others. Over time komon patterns began to be found in Japanese theatre, Noh or Kabuki, and in the adornment of precious garments that are still used to this day.

The exhibition also presents historic Noh robes and other Japanese textiles from the museum’s own collection as well as a suit of Samurai armour and woodblock prints on loan from the Krefeld art museum. Other loans – photographs from the Reiss-Engelhorn Museum in Mannheim and ceramics, Noh masks and a folding screen from private collections – round off this exhibition of textiles from the Edo period beautifully.

For more information, visit the website of the Deutsches Textilmuseum, Krefeld, Germany.