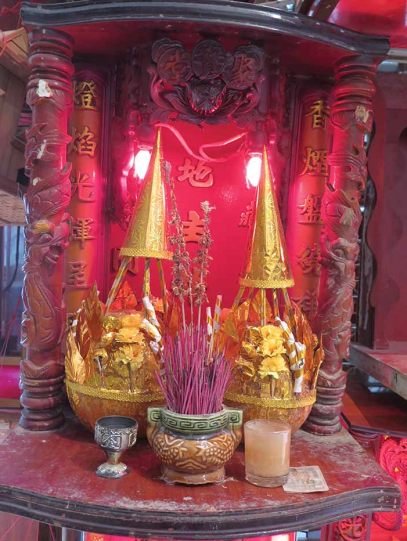 Anyone who has ever visited many parts of Southeast Asia will be familiar with the sight of spirit houses, often with food, drink and candles on them. In this article in the Asian Art Newspaper Michael Young tells the story of one young Cambodian artists passion for rescuing these iconic small shrines.

In 1963 a huge housing complex known as the White House was built on the riverfront in Phnom Penh. Many of the apartments in this complex had spirit houses – some were elaborate and some were simple. At one time this housed over 2000 people. It was emptied in 1975 under the Khmer Rouge and remained unoccupied until 1979. Gradually people began to move back in and it became the home of many artists and musicians. Vuth Lyno set up an art-run space there many years later, working from there until the buildings were demolished in 2017. 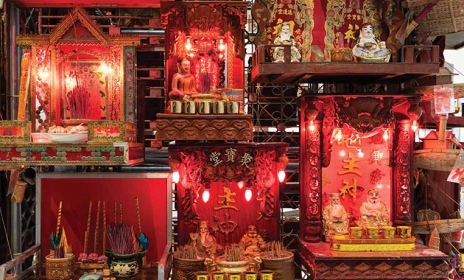 Young describes how a once socially cohesive society began to fragment when people accepted the small payments offered to them by developers, then found they could not buy anywhere in the city for that price and so drifted away to the suburbs. The buildings were emptied over a period of just three days, during which time Vuth ran from apartment to apartment rescuing as many spirit houses as he could. He used over 80 of these to produce a 4 metre high installation entitled House – Spirit 2018 which was shown at a major exhibition in Brisbane and later bought by QAGOMA, Brisbane. 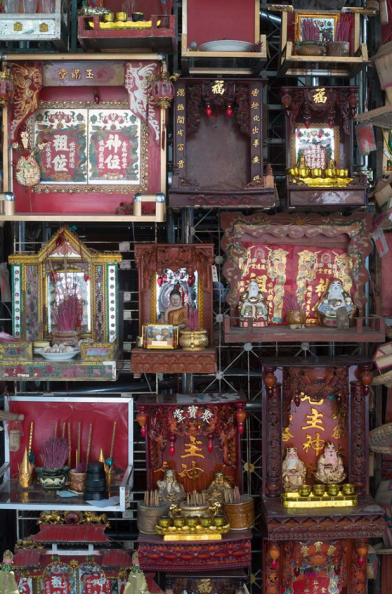 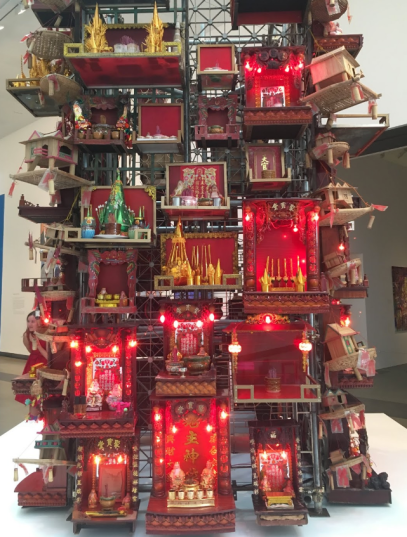